$5.3 trillion investor coalition reports on how global food companies like Walmart, Carrefour and Nestlé are responding to consumer demand for alternative proteins

(24 July 2019, London). A three-year shareholder engagement with 25 giant food retailers and manufacturers has found that some leaders are beginning to capitalise on the rising demand for alternative proteins, while others are falling behind the curve of a booming growth industry.

The alternative protein sector, which includes plant-based substitutes for traditional animal‐based foods such as ‘Beyond Meat’ or ‘Impossible Whopper’ burgers and plant-based milks, is expected to capture around 10% of the meat market within 15 years and is now valued at $19.5 billion according to research quoted in today’s ‘Appetite for Disruption’ report by the FAIRR investor network. The report provides a briefing on long-term sustainability risks associated with livestock supply chains, which account for 14.5% of global greenhouse gases. According to the Food and Agricultural Organisation (FAO), the sector is the largest user of freshwater resources, and grazing and feed production account for 80% of all agricultural land. The sector is also highly exposed to physical risks from climate change.

For the first time since its launch in 2016, FAIRR’s collaborative engagement found 5 of 25 firms (Unilever, Tesco, Nestle, M&S, Conagra) achieved the top ‘proactive’ ranking. This means they have developed a proactive strategy to build a sustainable protein portfolio including recognising that a high dependence on animal-based ingredients is a material risk to business, undertaking risk assessments on their protein supply chains and expanding their range of plant-based products over the previous year. Over 87% of retailers have ramped up their own-brand plant-based products. It means more supermarket products will come from low-carbon protein sources such as plant-based foods, rather than meat and dairy. Nestlé has said that it expects its plant-based sales to reach $1 billion in ten years.

“From the factory floor to the supermarket shelf, the mounting environmental and social pressures to move away from a reliance on animal-derived proteins is reshaping the food industry. The growth of alternative proteins, from meatless meats to fishless fillets, offers a promising opportunity for food companies to meet the lucrative demand for protein with fewer impacts on land, water and biodiversity. “

“For too long big food has been playing catch up to consumers and start-ups on alternative proteins, when they should be leading this transformation. This report shows that some food multinationals are seizing the moment by setting clear strategic goals to increase their alternative protein exposure, supported by relevant metrics that are tracked and reported. That’s a good start, but as alternative proteins go mainstream, investors want more food retailers and manufacturers to capitalise on the opportunity including improving branding, merchandising and tracking of alternative protein products to expand their appeal across a broad swathe of consumers.”

The 25 food-based multinationals were evaluated on areas such as business strategy, forward-looking analysis, R&D investment levels and consumer engagement to understand how companies are capitalising on the rising demand for alternative proteins to transform their protein portfolios in line with the Paris goals.

The report findings include:

“There is a clear shift underway among consumers who are increasingly aware of, and concerned by, the climate impacts of the food they eat and how sustainably it is produced.  Companies that don’t adapt risk falling behind and missing the growing market opportunity that is emerging. FAIRR’s research has been valuable in helping us to identify leaders and laggards.  We will continue to engage with companies across the food industry to push them to ensure their practices are sustainable”.

“The transition to a more sustainable model to meet the world’s growing protein demand is complex, and companies are only just beginning their journey towards protein diversification.  But given the risks to climate and public health, and given the pace at which technology is moving, investors expect large supermarkets and food producers to put in place a strategy to manage the transition and to adopt targets and metrics to measure progress.”

“Until very recently the only meats that people have known have been those that came from animals. But we now have new ways to emulate the taste and texture of meat and to make it in a way that is better the planet. This puts at risk traditional protein industries and creates new investment prospects. Food retailers and manufacturers cannot afford to simply respond to these changes, they must should leadership to grab the market opportunity and manage the risk.” 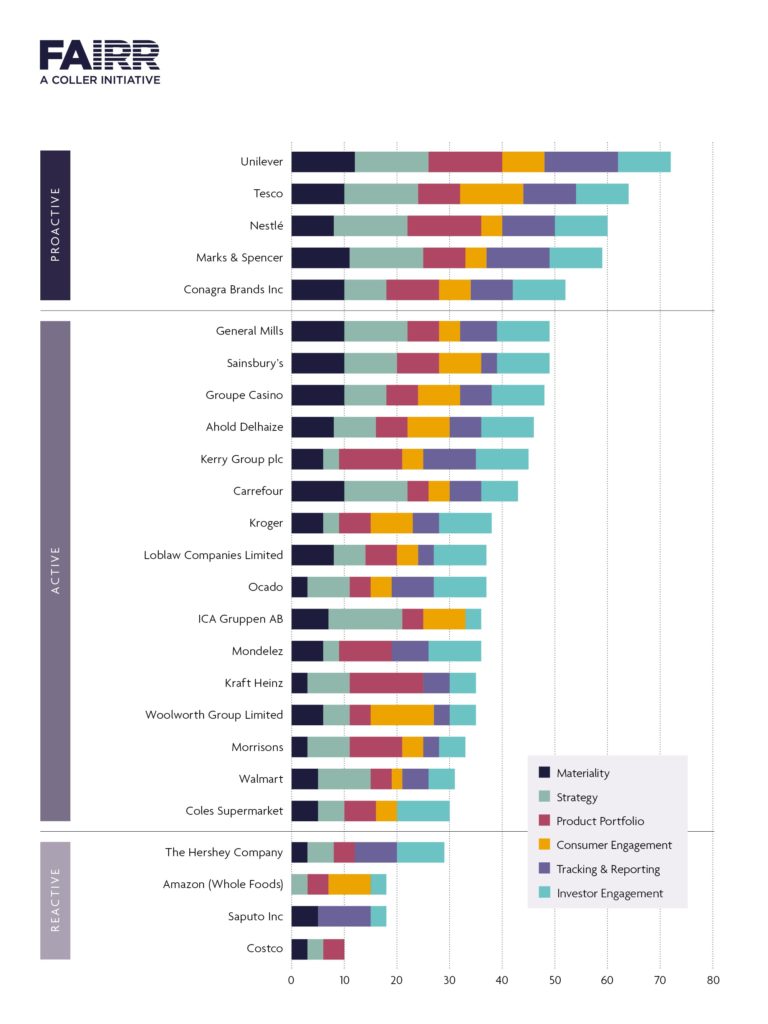 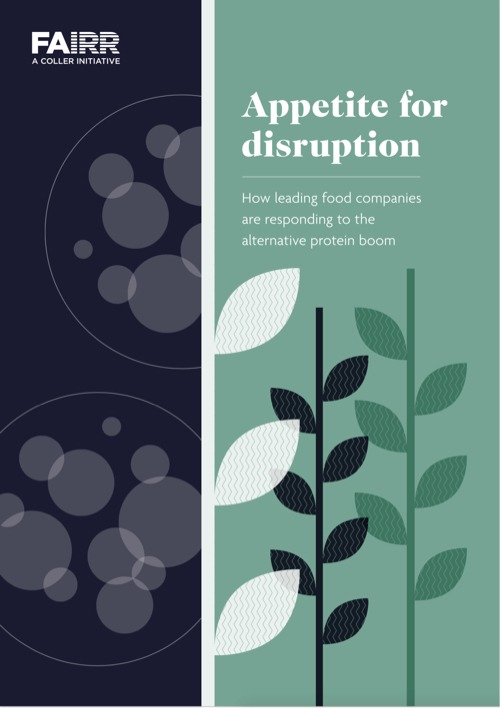 Appetite for Disruption (I)