President Trump’s recent introduction of tariffs on steel and aluminium put all eyes on the global trade system. With meat and pork products included in the retaliatory tariffs imposed by China against the US, it should serve as a wake-up call to investors that the meat industry’s exposure to trade risks, and particularly export bans, should not be underestimated.

The $800bn global meat market is comprised of a labyrinth supply chain. For example, more than 700,000 French cattle are shipped to Turkey each year and Argentina exports more than 55 million cattle around the world. Intermediary slaughterhouses often process the meat in one country before exporting it to another country for sale. The dangers of this type of global supply chain came to the fore earlier this month, when it was revealed that more than 5,000 sheep have died from heat stress while being shipped from Western Australia to Qatar over the past two years.

Recent examples of export bans on global livestock transactions, and the key drivers of these potentially disruptive factors, certainly merit further investigation by investors with exposure to animal agriculture and its related sectors. 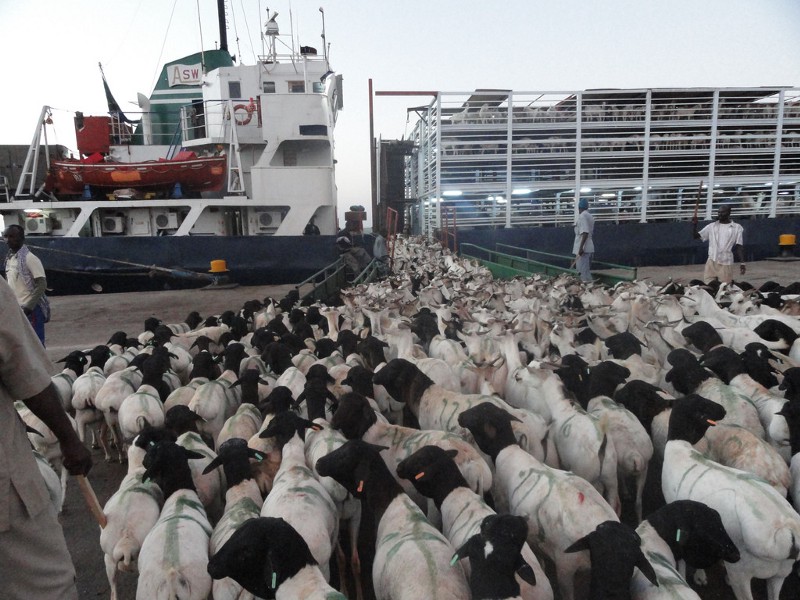 Perhaps the biggest issue driving export bans is that of food safety. Shares in the world’s largest poultry exporter, Brazil’s BRF, plummeted last month (by as much as 6%) after the European Union banned exports of chicken processed in three of BRF’s plants. The plants were targets of an investigation by Brazilian authorities related to alleged actions by BRF management to escape food safety checks and conceal levels of salmonella in its meat.

The Brazilian Association of Poultry Producers has exported more than five million tonnes of chicken meat in the last 10 years to the European Union, and a wider ban would be devastating for Brazilian meat producers.

This isn’t the first time a Brazilian meat producer has been hit hard by an export ban. Last year, the ‘rotten meat scandal’ sparked consumer outcry, numerous import bans on Brazilian beef and a single-day fall of 11% in the share price of the world’s largest meat processor JBS. The company was also forced to cease beef processing at all but three of its 36 plants in Brazil. The fallout was similar for BRF which saw its share price drop by 7% as the scandal emerged.

Antibiotic resistance is another issue that brings with it the prospect of export bans for poor performing meat companies. Antibiotic resistance is one of the biggest threats to global health today, already estimated to cause around 700,000 deaths each year, and governments are increasingly introducing legislation to restrict livestock containing high levels of medically-important antibiotics. In 2016 alone, the US refused 133 entry lines of shrimp imported from Asia due to contamination with banned antibiotics.

Meanwhile, it is estimated that EU legislation banning products where antibiotics were used as growth agents has cost US beef exports $100m a year. As legislation continues to get tighter, this spells bad news for those livestock producers that fail to reduce the use of antibiotics to prevent disease or to promote growth.

Finally, animal welfare is another issue that may lead to trade restrictions — particularly in the case of gestation crates, i.e. stalls which keep sows caged so they cannot move during their pregnancy. These were banned in the UK in 1999 for cruelty reasons and the EU followed suit in 2013, with some US states now also banning their usage.

In the US the impact of a wider ban on gestation crates could be significant on the US pork sector. Estimates suggest that industry losses would range between $1.87 billion and $3.24 billion if a ban was put in place. If the market sees a drop in productivity throughout the life of the farms, then costs could more than double to $7.3 billion. On the other hand, if nations or trade blocs impose a ban on US pork, for allowing use of gestation crates the industry will also be hit with major losses.

Export bans have the potential for swift and large-scale value destruction and livestock producers who are not addressing this potential risk are vulnerable. The food sector — and more specifically the meat industry — must pay heed to the threats posed by potential export bans or risk a potential hit to profits. Investors also can play a role in safeguarding their assets by demanding greater industry and corporate progress on issues such as food safety, antibiotics and animal welfare.

This article was first published on IR Magazine