Chemical substances (for example, penicillin) which are able to inhibit the growth or destroy bacteria and other microorganisms, and which are primarily used in the treatment of infectious diseases.

Drugs that work against a variety of microorganisms (for instance bacteria, viruses, fungi and parasites). An antibiotic drug is an antimicrobial. However, not all antimicrobials are antibiotics.

Refers to resistance in different types of microorganisms, for instance resistance to antibacterial, antiviral, antiparasitic and antifungal drugs. According to the World Health Organization (WHO): “Antimicrobial resistance occurs when microorganisms such as bacteria, viruses, fungi and parasites change in ways that render the medications used to cure the infections they cause ineffective. When the microorganisms become resistant to most antimicrobials they are often referred to as ‘superbugs’.

Are broad-spectrum antibiotics. They are a sub-family of quinolines, classified by the World Health Organization as ‘Highest priority critically important antimicrobials’ for human medicine in the WHO list of ‘Critically important antimicrobials for human medicine’.“Quinolones are one of the few available therapies for serious Salmonella and E.coli infections. Given the high incidence of human disease due to Salmonella and E. coli, the absolute number of serious cases is substantial.

A class of antibiotics widely used in intensive poultry farming. At present, ionophores are too toxic to be used in human medicine and so are not currently considered to be medically important.

Refers to a method for determining which antibiotic will be most effective in treating particular bacteria and eliminating the ones to which it is resistant (not susceptible). Applying this test helps to ensure the most effective use of antibiotics, rather than administering ones that will be ineffective.

Refers to the use of antibiotics in livestock production to treat disease that has been diagnosed by a licensed veterinarian. This term refers to the treatment of specific illness, as opposed to prophylactic usage. 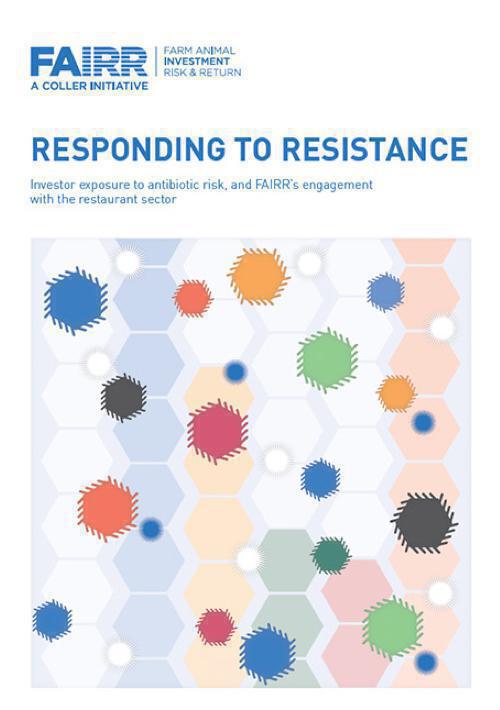