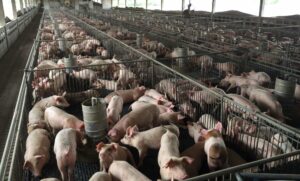 Europe’s biggest meat exporter is battling with a manure crisis. The Netherlands has more than 100 million cattle, chickens and pigs which are contributing to this waste problem. To address the problem, the Dutch government announced a radical plan to reduce the number of livestock by a third. Could this be an opportunity to move towards more sustainable agricultural practices? 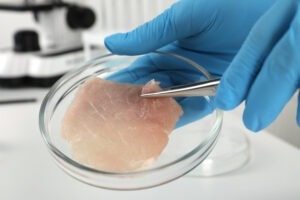 Singapore is leading the way with supportive regulatory environments for the fast-growing cultivated meat industry as GOOD Meat is granted regulatory approval to sell new types of its cultivated chicken products. Singapore’s ambitious “30 By 30” campaign has a target to produce 30% of Singapore’s nutritional needs domestically and sustainably by 2030. 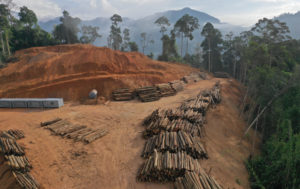 Sainsbury’s, Carrefour and other large supermarket chains have implemented measures to stop selling several Brazilian meat products that contribute to the destruction of the Amazon rainforest. Post-COP26, it is encouraging that European retailers are using their supply chain power to halt deforestation. FAIRR’s research indicates that 62% of companies assessed on cattle-related deforestation offer no public discussion of deforestation risks linked to their cattle supply chains. 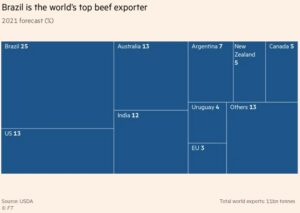 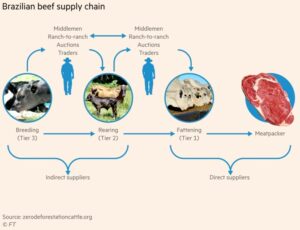 The Coller FAIRR Protein Producer Index comprises of some of the most important protein suppliers to the biggest global food retailers. These consumer-facing companies source their meat, fish and dairy from a range of the companies in the Index and are, therefore, exposed to a myriad of ESG risks through their supply chains.