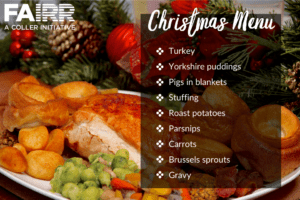 Christmas dinner has been a tradition for centuries, with the roast bird centrepiece evolving throughout time as pigeon, partridge, chicken, goose, and turkey all fall in and out of fashion. The 2022 Christmas dinner is no exception, with the current geopolitical and market volatility exposing the ESG risks associated with protein production, meaning dinner may look a little different this year.

Will Bird Flu Give You Cold Turkey This Christmas?

With bird flu, inflation and supply-chain challenges, turkey, one of the most iconic features of a Christmas dinner, might be off the table for many this holiday season. The latest epidemic of bird flu has been ravaging the Northern Hemisphere for almost a year. In the US, about 8 million turkeys, or roughly 4% of the nation’s supply, have been lost to bird flu (Figure 1). The situation is similar in the UK and the Netherlands, where by December, 3.3 million (and around 50% of free-range Christmas turkeys) and 6 million birds had been lost. It is alarming to note that an inquiry by the Public Accounts Committee found that the UK’s main animal disease facility was “continually vulnerable to a major breakdown” due to the Department for Environment, Food and Rural Affairs failing to adequately manage the site.

In an attempt to mitigate the impacts of bird flu, turkey producers were allowed to freeze their turkeys which is consequently driving sales of frozen turkey and negatively affecting small-scale farmers who are struggling to sell their fresh birds this season. On the other hand, high-end butchers are diverting customers to pork and beef for Christmas dinners as they struggle to source hand-reared and organic birds. The profits of large food processing companies are affected as well. For example, due to a 32% reduction in turkey supply, Hormel Foods sales suffered a 15% decline and stock slid 4.7% at the end of November. 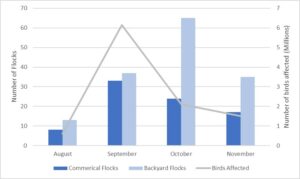 Figure 1: Confirmations of Highly Pathogenic Avian Influenza in US Commercial and Backyard Flocks (2022)

Will Your Yorkshires Be Eggs-Quisite This Christmas?

Eggs, a key component of Yorkshire puddings, will also be difficult to find this holiday season. Farmers have been struggling with the increased cost of producing eggs; fuel bills have soared by 40%, whilst feed costs have increased by 50%. The drastic increase in feed prices over the past year is due to a combination of factors, namely the war in Ukraine, high energy costs, high global demand and prices for agricultural produce, a limited supply of materials and reliance on fertiliser imports. Therefore, financial returns from supermarket egg sales have become insufficient to cover production costs.

Consequently, many farmers are losing a significant amount of money making them unable to produce more eggs. In response to this, some UK supermarkets, such as Lidl and Tesco, are setting limits on the number of boxes that customers can purchase at a time, whilst others are starting to import eggs from the rest of Europe. The situation is similar in the US, where prices for eggs climbed more than 10% from September to October, with October prices at 43% higher than the same month a year ago. The egg shortage is expected to last beyond Christmas as civil society organisations highlight the failure of the government to address the issue.

The UK’s pork prices are at an all-time high, with deadweight pig prices remaining above £2/kg throughout October 2022, up 33% compared to the previous year. Despite the significant increase in the price of pork, the cost of production was estimated at 232p/kg in October 2022, resulting in producers losing on average £26 per pig. Similarly to poultry, these losses are brought on by soaring input costs, with fuel and feed prices up 51% and 23% year-over-year respectively.

Consequently, the British pork industry is experiencing a widespread contraction, with 20% fewer pigs being reared than this time last year and the lowest number of pigs slaughtered since October 2017. In an attempt to combat the rising prices for consumers, retailers are increasingly purchasing their pork from Europe, where prices are considerably cheaper (172p/kg) compared to the UK due to lower input costs.

The war in Ukraine and global inflation have not only affected farmers and retailers but also consumers and investors. In the UK, the Trades Union Congress research shows that the cost of Christmas staples, such as turkey, pigs in blankets, carrots and potatoes had risen by 18% over the course of a year whilst wages had only gone up by 5.7%. Fresh turkey prices surged 45% (16% for frozen turkey) whilst other Christmas dinner components have gone up by a lot more than 18%, with estimates indicating that the overall cost of the meal will be nearly 22% more expensive than in 2021. On top of that, the cost of cooking this year’s Christmas dinner will also be much more expensive due to soaring energy prices. Thus, with prices for pre-ordered whole turkeys ranging between £30 and £150, combined with cooking time of around 3.5 hours required for a whole turkey, Christmas dinner this year might prove to be costly for many households in the Northern Hemisphere.

If this inflationary environment continues, consumers in lower-income brackets may need to cut back on spending, potentially reducing demand for animal protein, negatively impacting the outlook of the sector and reducing financial returns for investors with high exposure to the sector. We are already seeing consumers shift their shopping habits. “Big four” supermarkets in the UK, such as Sainsbury’s, are reporting losses in profits as they absorb some of the impact of rising food costs and increased staff wages. On the other hand, Lidl profits quadrupled in November as it absorbed £58m in additional sales from traditional supermarkets with consumers looking for ways to save money.

Will Plant-Based Procure a Place on the Plate This Christmas?

With these issues in mind, it is unsurprising that an increasing number of consumers are reaching for alternatives to meat this Christmas, with a recent survey estimating 25% of British households will be catering for vegan, vegetarian or plant-based dinners.

Retailers in the UK are hoping to take advantage of this demand as companies are increasingly announcing extensive plant-based offerings this festive season. Aldi’s Plant Menu No Turkey Roast, a soya-based roast topped with vegan bacon, and M&S’ Plant Kitchen Vegan Turkey Roast are back by popular demand. Consumers feeling the pinch this Christmas may be reaching for one of these alternatives as plant-based centre pieces are considerably more affordable than a whole turkey (Table 1).

However, consumers may instead opt for the new wholefood-focused centrepieces launched this year, such as nut roasts, festive wreaths and tarts. Meanwhile, retailers are also expanding their offering of plant-based side dishes and desserts, ensuring that no one misses out this Christmas. Aldi launched its new Plant Menu vegan cheese selection pack and No Pigs in Blankets, whilst Sainsbury’s created a Chocolate Cookie No-Cheesecake. While this product offering expansion is a positive step, it will be interesting to observe how consumers react to these new products, and whether they pass the taste test to ensure repeat customers next year.

2022 has without a doubt brought to the forefront some of the previously overlooked ESG risks associated with livestock supply chains. While this has resulted in challenging times for stakeholders across the value chain, from farmers to consumers, it is positive to see the increasing emphasis on the need to ensure our agricultural systems are resilient and sustainable. This is evidenced by the commitments made at COP27 to produce an agricultural roadmap aligned to 1.5⁰C as well as by the increasing investor interest in addressing these key challenges – with the FAIRR investor network now representing over $70 trillion in AUM.

We look forward to continuing our timely work next year, but for now, warm season’s greetings and we hope you enjoy the time with your loved ones – regardless of what you find on your plate.