Talk of energy, transport and construction filled the UN’s chamber, but animal agriculture avoided the limelight. The need for action by the sector came through clearly in a biodiversity roundtable attended by FAIRR.

This week, I was in New York for the UN Climate Action Summit, where UN Secretary General António Guterres had asked world leaders to bring concrete plans to make far deeper cuts to emissions than pledged in Paris four years ago. But that ambition went largely unmet.

China and India made no new promises to take stronger climate action; while the US, Japan, Australia, Saudi Arabia and Brazil said nothing at all. A group of 13 of the world’s biggest fossil fuel companies also drew criticism for putting forward proposals that appeared ‘designed to perpetuate the use of oil and gas for decades to come, rather than transition quickly to cleaner options.’

But while talk of energy, transport and construction filled the UN’s chamber on Monday, one sector which avoided the limelight was animal agriculture. This is a problem, as the latest IPCC report estimates that 25-30 percent of all greenhouse gas emissions come from the food system. The need for action by the animal agriculture sector was something that came through clearly in a roundtable on biodiversity that FAIRR attended alongside the summit.

Demand side evidence is influencing governments 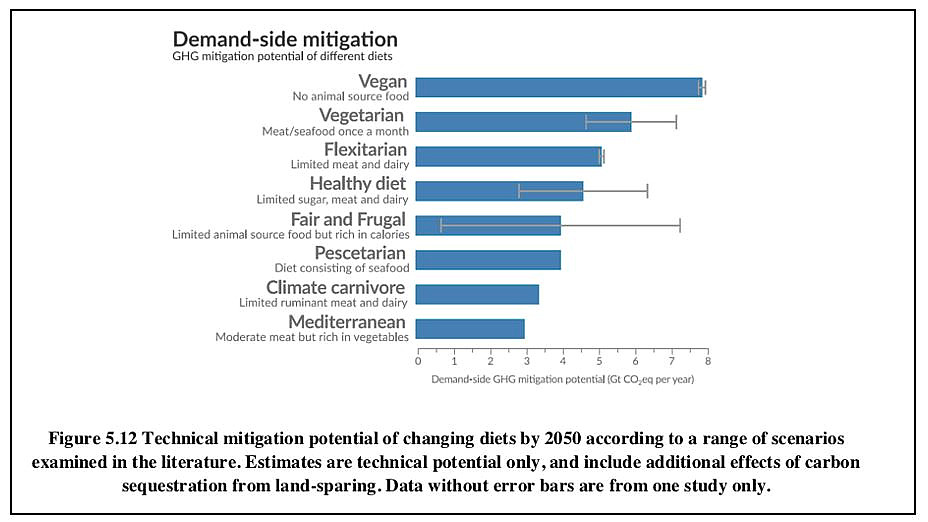 The IPCC’s Special Report on Climate Change and Land highlighted how a change in diet — from meat-heavy western diets towards more plant-based foods — could make a major contribution to mitigating climate change.

The Rise Foundation has said that Europe’s meat and dairy production needs to be cut in half by 2050 to meet global climate targets. And governments have many policy tools at their disposal — from public procurement to education, industrial strategy and taxation — to encourage such behaviour change.

Indeed, some are already on this path, with politicians in Denmark, Sweden and Germany considering a ‘meat tax,’ such as that discussed in FAIRR’s Livestock Levy white paper in 2017.

On the supply side, there is much that food corporations can do to reduce their carbon footprint, with the first step being to disclose their current emissions and set targets to reduce them.

Last month, FAIRR launched the Coller FAIRR Protein Producer Index, which analyses the world’s 60 largest meat, fish and dairy producers’ management of sustainability risks. We found that these companies scored an average of just 17 out of 100 on managing greenhouse gas emissions, with few companies properly disclosing their emissions or setting significant reduction targets.

The below graphic shows that only seven of the leading animal protein producers have completed their emissions inventory to include on-farm processes such as animal feed production and enteric fermentation. This is critical, as such processes represent up to 80 percent of total emissions from livestock production. 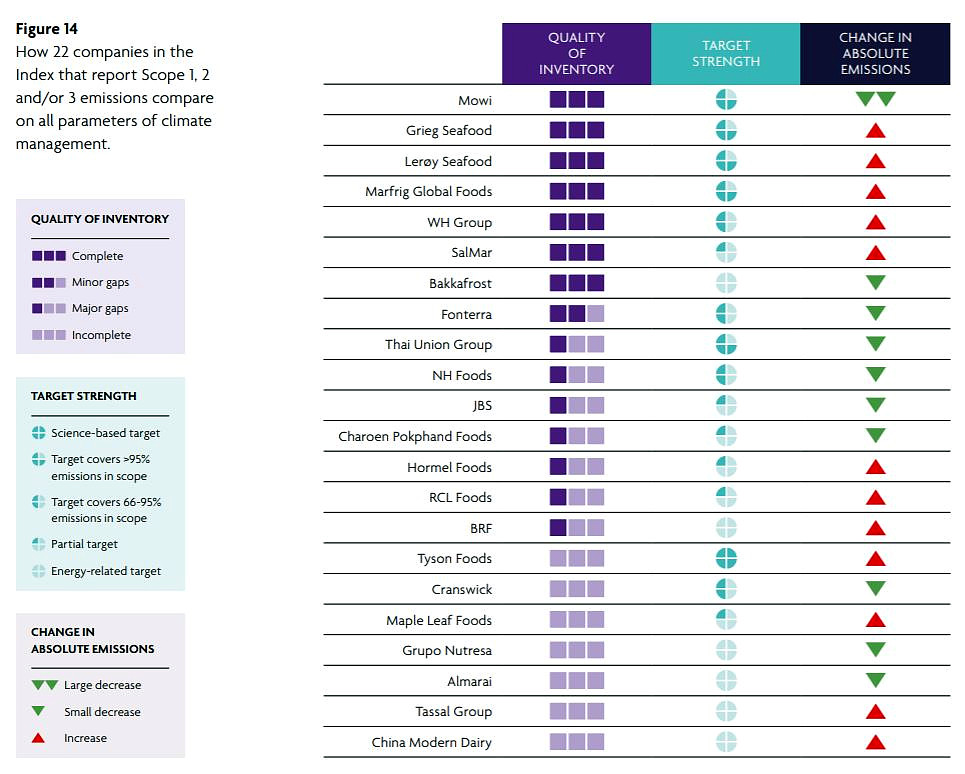 The Coller FAIRR Index also revealed that only one meat or dairy company — Tyson Foods — had set a science-based target to reduce its emissions in line with what is required by the Paris Agreement.

Interestingly, on the eve of this week’s summit, 59 companies — among them food companies The Co-operative Group, Danone and Nestlé — signed up to a science-based target aligned with the most ambitious Paris benchmark of limiting global temperature rise to 1.5°C above pre-industrial levels.

Given the size of food’s contribution to greenhouse gas emissions, this is certainly a welcome development. But our Index shows that these consumer-facing brands will have to work hard to meet their targets, given the lack of climate engagement among many of their suppliers.

The promise of alternative proteins

To reduce supply chain emissions, global food companies will need to reduce their reliance on fertilisers to grow feed, as well as invest in feed additives (that reduce methane from enteric fermentation) and manure management systems to capture emissions.

But no major food manufacturer or retailer has yet been able to demonstrate measurable climate progress through supply chain interventions alone. By contrast, by diversifying product portfolios into alternative proteins — thereby reducing reliance on GHG-intensive commodities such as meat and dairy — companies can have an immediate impact.

In 2019, for example, General Mills reported that it decreased GHG emissions from agriculture by 17 percent versus its 2010 baseline, primarily due to reduced purchases of dairy. Similarly, a life-cycle assessment by Impossible Foods has found that production of its plant-based Impossible Burger produces 89 percent less GHG emissions than a conventional beef burger.

Both Danone and Nestlé are embracing alternative proteins as part of their strategy to meet their science-based targets: Danone has made capital investments in two research centres focused on plant-based proteins; and in January 2019, it launched a new range of plant-based yoghurts. Danone’s CEO expects sales of these products to match the value of the company’s traditional, dairy-based offerings within 10 years.

Our July 2019 Appetite for Disruption report identified Nestlé as one of the leaders in alternative proteins; it has acquired several plant-based brands and launched new alternative protein products, with its Incredible Burger now being trialled by McDonald’s in Germany.

An interesting report from technology think tank RethinkX last month highlighted how the cost of producing alternative proteins is dropping rapidly. It says the cost of producing a kilogram of alternative protein will fall below $10 per kilo by 2025, making these proteins five times cheaper than traditional animal proteins by 2030 and 10 times cheaper by 2035.

The market is certainly excited about the potential for impressive returns, as well as stirred by the speeches from the likes of Greta Thunberg. Let’s hope that enables governments, businesses and investors to truly grasp the possibilities of food system transformation as a core component of their climate-mitigation strategies.

This piece was originally published by Sustainable Brands.