Antimicrobial resistance (AMR) is one of the world’s most rapidly emerging public health threats. The need for an accelerated response has been echoed by global leaders across many sectors – from the medical community to pharma and the insurance sector.

The food industry is the largest consumer of antibiotics globally and is a major driver of the rapid growth of antimicrobial resistance (AMR). In the US, an estimated 75% of antibiotics are used on farm animals, 70% in the European Union and 45% in the UK. By 2030 it is estimated that India, China and the US alone will increase antibiotics usage by 82%, 59% and 22% respectively.

Antibiotic resistance is a clear material risk for food companies, and consequently for investors exposed to the food sector. This includes regulatory risk explored in detail later in this summary report. In addition to developing national action plans on antibiotics, national and local governments are increasingly likely to adopt regulations aimed at curbing antibiotic use in livestock production. Consumer behaviour is also shifting in favour of “antibiotic-free” meat, and corporate practices are being increasingly scrutinised by the civil sector, which could impact corporate reputation and sales.

Investors recognise that companies actively seeking to reduce the use of antibiotics and improve animal welfare are better positioned to create long-term value.

Additionally, AMR presents a systemic risk for other sectors, including healthcare and insurance companies. Multi-drug resistant infections that require more expensive antibiotics will increase diagnostic and treatment costs for healthcare providers. Vulnerable patients, including newborns and the elderly, could face an increased risk of mortality from drug-resistant bacteria. Insurance companies may face higher claims as once treatable infections become harder to treat. It is estimated that a business as usual scenario could lead to the loss of 10 million lives a year and risk $100 trillion of economic output by 2050 due to the rise of AMR.

The development of new antibiotics has failed to keep pace with this growing threat. In 2017, an analysis of the antibacterial clinical development pipeline by the WHO found a “serious lack of new antibiotics under development to combat the growing threat of antimicrobial resistance.” The WHO has identified 12 classes of priority pathogens, including those that cause common infections such as pneumonia or urinary tract infections, which are increasingly resistant to existing antibiotics and urgently in need of new treatments. Hence, the stewardship of existing antibiotics is critical to protect human health, mitigate financial risk and enhance long-term value.

In 2016 FAIRR initiated an investor engagement to ask global fast food and casual dining companies to strengthen their antibiotic stewardship efforts. Companies were asked to:

Of the 20 companies targeted by the engagement, 19 now have a policy in place to guide the use of antibiotics or are expected to release one shortly.
This is a remarkable shift from the start of the engagement in early 2016 when only one company had a regional policy on antibiotics use.

Policies remain limited in scope
Policies differ in the strength of commitments as there is no clear standard for best practice. Only four companies have adopted policies that cover antibiotic use across ALL relevant animal species and sources.

Furthermore, there is significant variance in antibiotic regulation globally.
For example, Europe bans antibiotic use for growth promotion and requires veterinary prescriptions, and the US requires a prescription only for medically important antimicrobials and the ban on use for growth promotion is voluntary. Legislation in the BRICS and Asian countries is limited or lacking.

The Link Between Antibiotic Use and Welfare

Due to global meat demand, over 70% of farmed animals around the world now live in intensive farm systems where animals are typically kept in densely populated, disease-prone facilities.

To change this, we must shift toward production methods where animals can thrive without the crutch of regular antibiotics use. Moving to higher welfare standards is not only good for animals and for the fight against antibiotic resistance, it’s also good for business.

To help investors drive progress to combat antibiotic resistance, FAIRR worked with leading industry and issue experts to create a freely-available best practice policy on antibiotic stewardship for all food companies can adopt.

The comprehensive policy is aimed as guidance for food companies, including both meat producers and purchasers (such as retailers and restaurants), to develop their own individual policies. FAIRR has also created the Global Investor Statement on Antibiotic Stewardship, signed by over 60 investors, to encourage corporates to adopt the policy.

The full best practice policies for both producers and purchasers are available at: http://antibioticsstatement.fairr.org/index.php/policy

Best practice policy for producers includes the use of antibiotics, reporting practices and the related issue of animal welfare. For example, producers are encouraged to commit to:

Best practice policy for purchasers focuses on responsible sourcing and emphasises the need to source from suppliers that demonstrate strong antibiotics stewardship practices. For example, purchasers are encouraged to commit to: 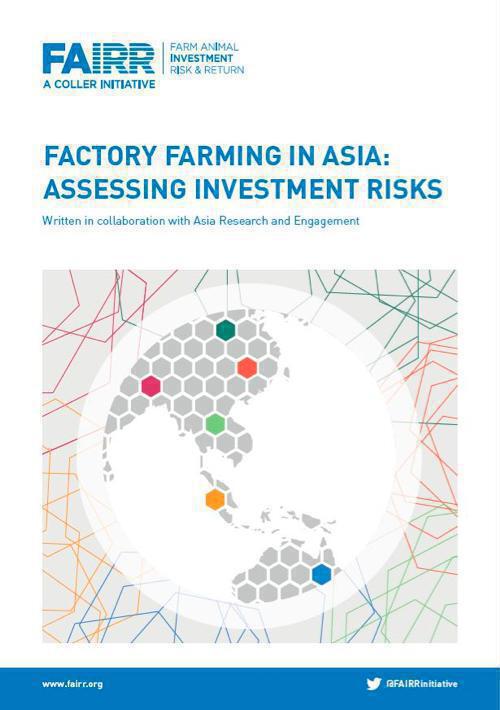 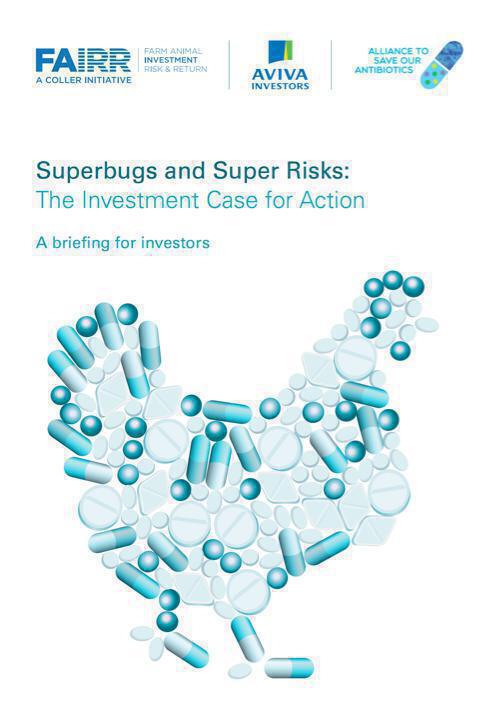 Outlines investment risks linked to farm antibiotic misuse, and how investors can drive improvements in the food industry.…