Last week the US Department of Agriculture (USDA) decided to withdraw an Obama-era rule that would have set new improved standards around the treatment of animals within the ‘certified organic’ farming method.

The regulation, known as the Organic Livestock and Poultry Practices (OLPP) rule, was designed after years of consultation with multiple stakeholders, to ensure that organic standards were detailed enough to assure that any meat procured within the scope of this certification came from livestock that had been reared on farms where they had sufficient space to easily stand up, lie down, turn around and fully stretch, at minimum. It also required improved basic living standards which included fresh air, proper ventilation and direct sunlight. 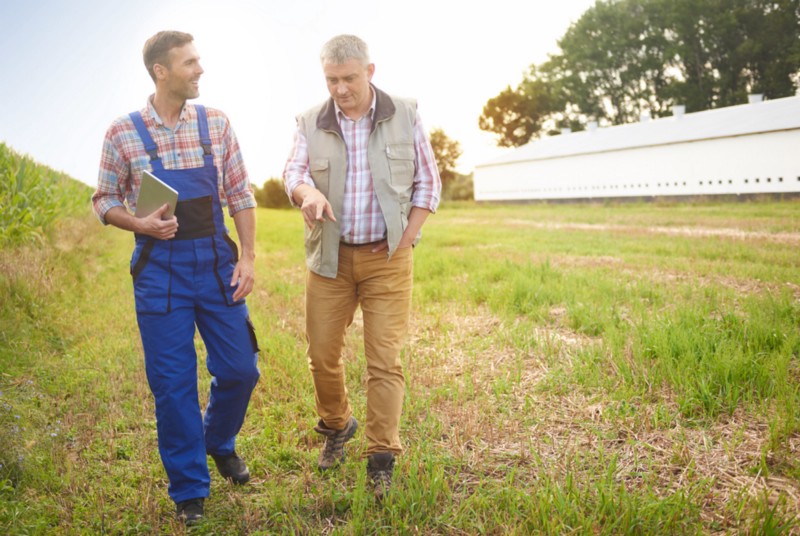 A statement by USDA Marketing and Regulatory Program Undersecretary Greg Ibach has explained the department’s thinking. He said, “The existing robust organic livestock and poultry regulations are effective. The organic industry’s continued growth domestically and globally shows that consumers trust the current approach that balances consumer expectations and the needs of organic producers and handlers[1].”

Yet the opposite may be true. According to a recent poll by one US non-profit, close to 70% of US organic meat consumers believe that the animals within a certified ‘organic’ system have full access to pasture and fresh air throughout the day[2].

A closer look at large organic dairy operations also highlights critical weaknesses in the inspection system that the USDA uses to certify “organic”. For instance, it allows farmers to hire and pay their own inspectors to certify them as “USDA organic”. A test conducted for the Washington Post showed that on the key indicator of grass-feeding, analysis of the milk from the Aurora Organic Dairy in Colorado, home to more than 15,000 cows, matched conventional milk, not organic. Clearly, there are some major holes in industry defenders’ claims that enforcement of organic standards is robust.[3]

Now by withdrawing the OLPP rule, the USDA will likely damage consumer confidence in the organic industry just as it is experiencing a period of rapid growth. The natural and organic food and beverage sector is expected to grow by 75% to reach $107.7 billion in sales by 2019 [4]. By contrast, growth in conventional foods is flat lining — an analysis by Credit Suisse analyst Robert Moskow found that the top 25 US food and beverage companies lost an equivalent of $18 billion in market share in five years from 2009[5].

By damaging such a booming part of the market, the USDA’s actions will reinforce growing investor concerns in both the ability of certification schemes to ensure food safety, and in the wider animal agriculture sector’s ability to manage the wide range of environmental, health and social issues it faces.

There is another industry that is facing similar long term sustainability issues, while also receiving short term policy support from the current US administration, and that is the coal industry.

For example, the Trump administration has reversed several Obama-era policy measures in order to ensure competitiveness of the US coal sector at the expense of environmental concerns, such as ending the moratorium on coal leasing on federal lands [6].

But despite his efforts to revitalise coal, the market still sees it as an industry in long term decline and the numbers back this up. Notably, 45% of all coal mines operating in 2012 were closed or idled by the end of 2017, according to data from the Mine Safety and Health Administration.

Simply put, coal can no longer compete economically with either natural gas or renewables, and investors and lenders such as Bank of America, JPMorgan Chase, Citigroup and Morgan Stanley are therefore moving away from investments in these types of assets.

Even in nations such as China where energy demand is growing rapidly, many of the new plants planned to be built are being cancelled due to growing recognition of the material financial risks associated with the industry. In 2016, China saw commissioning of new plants decline by 25% while at the same time committing to double its solar and wind generation by 2020.

Looking through a long-term investment lens, we can see how the environmental and social challenges facing the intensive livestock industry are on a similar scale to those facing coal.

Globally, livestock production alone accounts for approximately 15% of human induced greenhouse gas emissions, exceeding emission from all cars, planes and trains. And in an increasingly water scarce world the water footprint of the intensive livestock sector and its commodity inputs are likely to weigh heavily on its intrinsic value. For instance, on a per gram of protein basis, beef’s water footprint is six times that of pulses. Milk, eggs and poultry are 1.5 times more water intensive in the gram of protein they produce.

Meat companies are struggling to manage key environmental and social issues such as water pollution and community objections. Tyson Foods faced a major shareholder revolt last month over its water stewardship, with 16% voting for the resolution [7]. In October of last year, Tyson was also forced to drop its plans to build a $320 million poultry processing complex​ in north-east Kansas following widespread community protests over potential human health related pollution risks associated with poultry processing, animal welfare concerns and the treatment of its staff [8].

As with the energy sector, animal agriculture is on the cusp of major sector shifts with the rise in demand for more sustainable practices and products such as ‘organic’ and ‘free-range’ certification. Major disruption could also be close at hand. A FAIRR report last month profiled the rise of the alternative proteins industry, which is growing at 8% a year and expected to be worth $5.2 billion by 2020. The rise of ‘clean meat’ and plant-based meat alternatives highlights the rapid innovation the animal agriculture industry is facing.

The USDA’s move to withdraw the OLPP rule may offer short term protection to the intensive livestock farming industry but material risks still remain for consumers and investors.