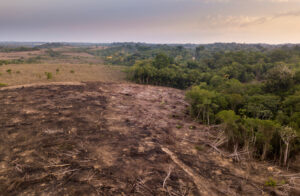 Chemical pesticides designed to eradicate agricultural pests are once again sprayed by aircraft over the Amazon killing trees in native forest areas. Grass seeds are then dropped by aircraft on deforested area so illegal land can be sold as a ‘farm in formation’. Surprising that this time livestock farmers in the rainforest were found to purchase these pesticides as well. But the reason behind this purchase remains unclear and brings into further question the sectors’ ability to manage pollution and deforestation risks.

Climate change is transforming Canadian agriculture as last year’s dry conditions destroyed 40% of Western Canada’s grain output. Canadian farmers, now faced with all-time high prices for crops, are desperately trying to provide feed for the nation’s cattle. Prompted by these conditions, Canada purchased record 3.2 million metric of tons of corn from the U.S. Driven by weather-related events, feed costs could become ever-growing which means that producers will have to step up on reporting of forward-looking plans in response to climate risks. 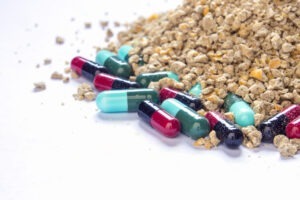 A new study on Antimicrobial Resistance (AMR) published in the Lancet this week finds that 1.27 million deaths were linked directly to AMR and 4.95 million deaths were associated with it in 2019. Accounting for over 70% of antibiotic use globally, animal agriculture is one of the major contributors to the silent pandemic. Animal welfare is the least improved risk factor in the Coller FAIRR Index 2021/2022 signalling that major animal protein producers and suppliers mismanage AMR risks and lack reporting. 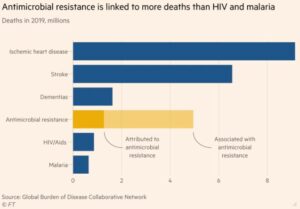 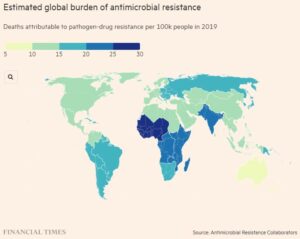